Dedicated to owners of Citroen GS and GSA models.

As I'm new here I thought that I would do a wee post about my GS.

I bought it in November 2014 from a fellow CCC member in Aberdeen. I had been sort of looking on & off for a G for many years then this one cropped up. What sold it to me is that it has no structural rot whatsoever as it had been stored most of its life. However, the way it had been stored had caused many a dent and scratch on the bodywork. As such it was priced accordingly.

When I got it down here it was running very poorly, but a clean of the carb and some new plugs, leads points and condensor seen it running nicely..

Once up & running some lack of use issues came to light.
Front ball joints were noisy.
Carb kept silting up. This got so bad I had to remove the fuel tank and clean it properly.
Front spheres were ok, then went suddenly flat. Now replaced but yet do do the rears.
Ignition switch failed. Replacing that was fun!
Voltage regulator failed. Replaced using a modern solid state unit.
Fitted 4 new Michelin XZX tyres at great expense. It was still riding on the originals when I got it.
Plus general service items.

After that I ran it over the spring, summer and Autumn of 2015. It was nothing short of amazing to drive. However, as the bodywork was now the only thing letting it down, that's what needed to be tacked next & that's where we are today. It's currently being rejuvenated somewhat.

I'll post some photos when I can get Photobucket to co-operate with my iPad!
Top

Got Photobucket to work. 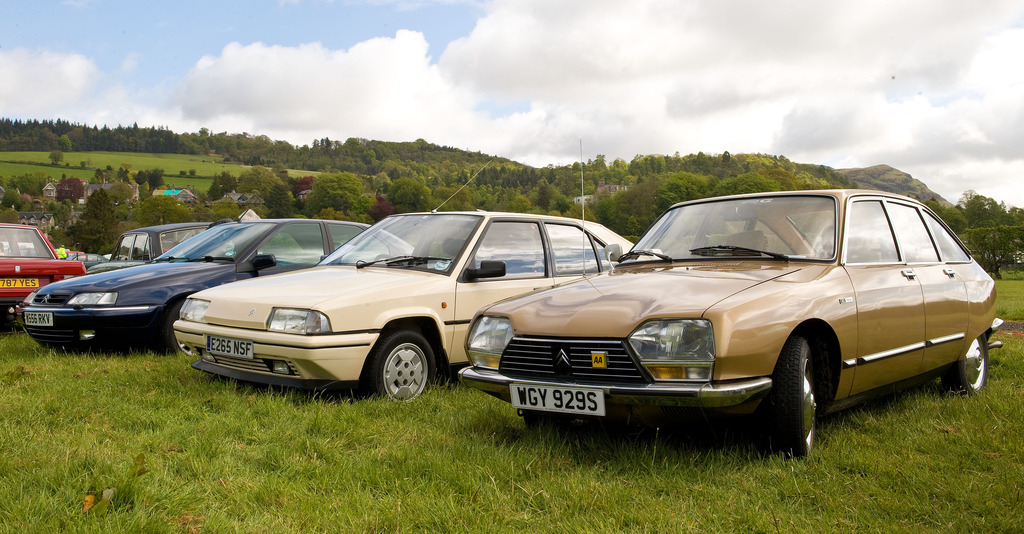 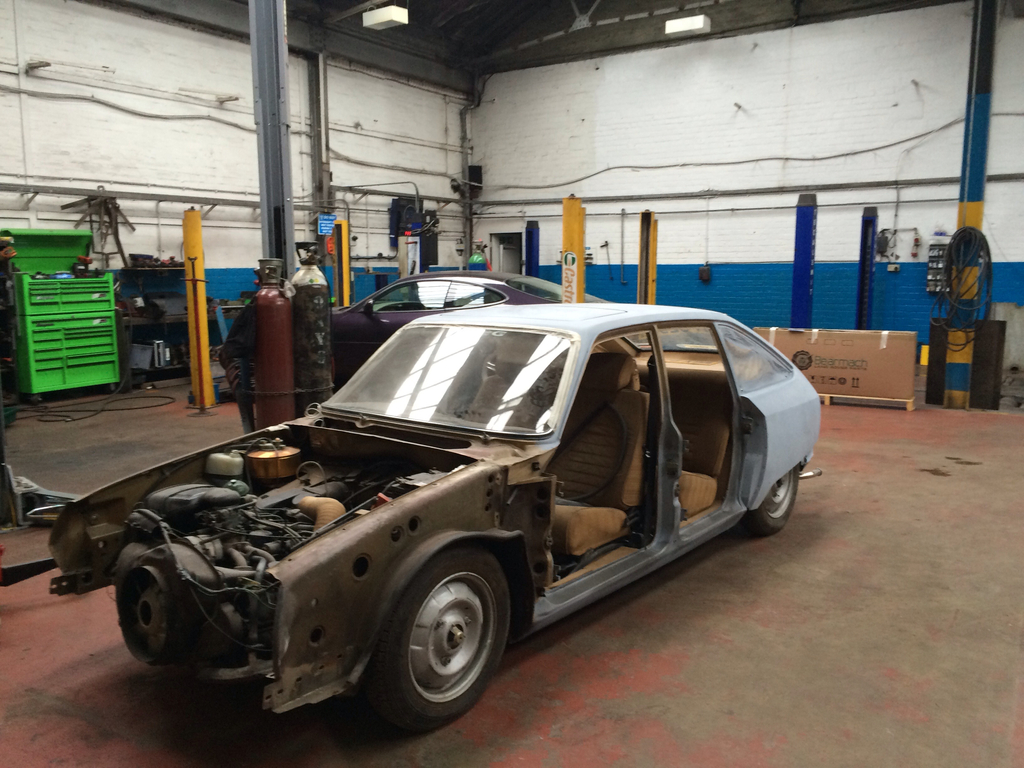 Stripped down to bare metal then primed. 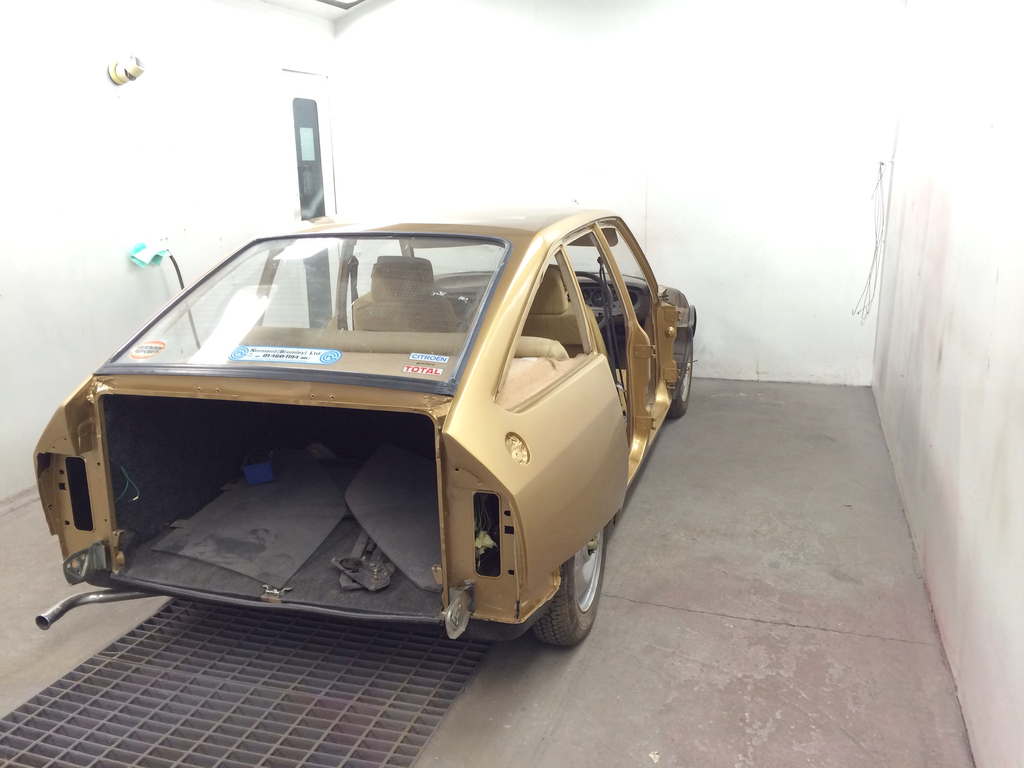 Very nice. Can I ask what price the repaint? Mine's in need, though some say leave it as is (fading and flaking down to primer). With a good paint job, parking in car parks are a worry. You find a spot away from the crowd, and someone comes and parks alongside . . . 'donk'.
Top

Price will be around 2.5K as it's a bare metal and all removable panels off job. I done the strip down and I will rebuild that keeps costs down.

The garage doing the work does a lot of classics and my job is being done during their down time. Also it is just along the road from me, so it's easy to keep tabs on things.

As for car parks, I do not intend on using it as a shopping car. It's impossible to keep a car blemish free but I'll do my best!
Top

Gsbx1220 - well done and keep going, you have a very interesting project there, it brings back memories of my first Citroen, yes, keep the photos coming Please.

I am now an envious Citro-maniac

Thanks Richard. It has been suggested a bare metal would be in the region of £3k.
Top

Costs all depend on what work is required. Every single panel on this had a dent, but none that were too deep. The bonnet had a small rust scab at the leading edge. It was decided to cut this out as it was not worth risking. The under tray was uncharacteristicly rust free!
Top

Not posted in a while, but I now have my GS back. It's looking really amazing and I cannot believe how well the whole project has worked out. 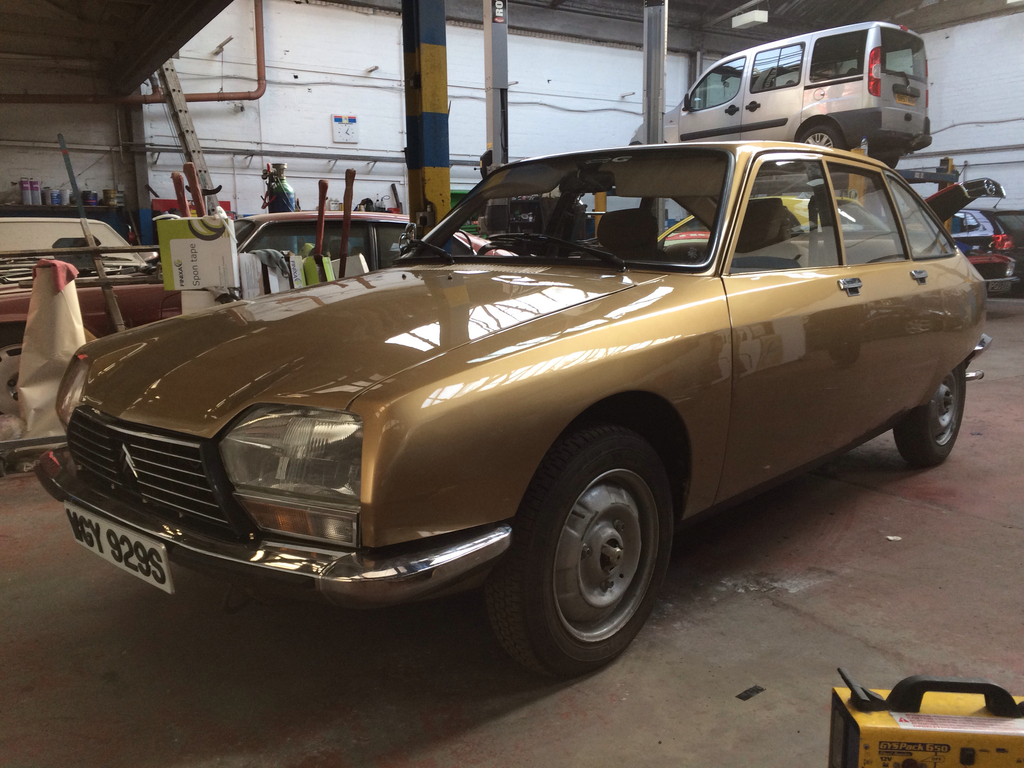 That is truly splendid . . . are you going to polish the LHM tank to match???
A terrific restoration.
Top

That's lovely. I only once ever drove a GS after I replaced the cambelt for someone. It was charming, a really nice car.
Top

I did think about fitting a mirror but decided not to as mentioned in the other thread.

I have not that much to do as such. Once the fitting up is done, I'll enjoy using it for a bit then I need to change the timing belts and replace the rear spheres. I also have rear seatbelt to fit.

One niggle is that the fuel gauge is now not working. Need to investigate. Hope it's not the sender as they are ££££££££££
Top

It does look a bit of a jewel now. Lovely.
Top
Messages: 25