The importance of family

The importance of family

Never in a million years did I expect that when I created this section to honour fallen French car owners we have known and loved I would be adding to it my sister, Joanne Elizabeth Butler, cruelly taken from this world after just 37 years.
She had been suffering from a bit of a cough off and on for about 9 weeks and had taken two courses of antibiotics without much effect. My parents spent Saturday out shopping with her, but come Sunday morning she called mum to say her ear was bunged up and she was going to the walk in centre so not to bother coming over before they headed back up to home.
She was diagnosed with a middle ear infection and told to take cocodamol and ibuprofen.
That afternoon she got delirious and her husband Simon called the doctor out who had her taken straight to hospital.
Not long after they had got home, mum and dad were called and headed back down to Southampton.
Jo was put into a medically induced coma in ICU to rest her brain, she had meningitis.
Mum called me on Monday and I headed down.
We had hoped that the swelling on her brain would come down and while brain damage would be likely, that would be something that potentially could be worked on, and we'd still have our Jo.
I now know that most likely she was already brain dead as her pupils were non responsive, but at the time that could have been due to the coma.
In the early hours of Tuesday morning they stopped the sedation and ran some tests which didn't look good. That afternoon they confirmed she was brain dead.
Jo was an organ donor, and it looks like they found at least one match for her organs so hopefully she has spared another family the pain we are all going through.
We are all devastated, although her daughter Poppy who is only 4 is too young to understand that mummy isn't coming home.
Work have been so supportive, as have my friends.
If you ever feel that saying you are thinking of someone isn't actually much help, believe me it truly does help, just knowing that people care.

If you have ever thought of being a donor but never got round to registering, the link is here.
Knowing that Jo's death meant the possibility of extending someone else's is a great comfort.

She also supported the charity Reach as amniotic banding stopped Poppy's right arm growing much more than her elbow.

Cherish your loved ones, call them and tell them how much they mean to you. 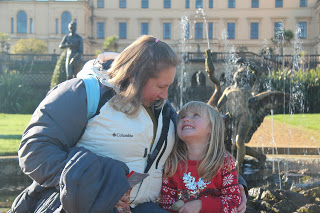 Im so, so Sorry to hear of this, my thoughts are with you and your family at this difficult time.

A real kick in the guts. May your family find strength in a difficult time.
Top

I am very sorry to read that Xac, I can't imagine what your family is going through now. And to loose someone so quickly. It does really show that anything can happen. My thoughts are with you
Top

A very sad tale Andy, my thoughts are with you and your family.
Top

Xac, I know that nothing I or anybody else can say will ease the pain you and your family are feeling right now. Only somebody who has experienced this could understand. The hardest part will be explaining to Poppy why her Mummy isn't coming home. Some people will say to wait until she is older before explaining, others will tell you to explain it to her now. Only those who know her will know if she could take it now, or later.

Today I sent off my update for my driving licence photo card. For some reason the organ donation section stood out. I don't know why. I put the tick in the option for all organs. Now I know why the section made its presence stand out.
Top

What shocking news, sorry to hear this Xac

Very sad, and very sorry to hear it.

FWIW, I decided to donate organs too, about three years ago. I don't know why I didn't do it sooner, but there it is. Would recommend that everyone who can does donate.
Top

Very sad news Xac, our thoughts are with you and your family at this awful time.

When my landlady died two years ago, her family (who consider me to be a part, having known them for over 15 years) made the decision to celebrate her life, not to mourn her passing. At her funeral, there were so many people they could not all fit in the chapel. At the wake afterwards there was standing room only, and everybody who was there spoke of her in fond terms. The most touching was a young man from India (she had been a major part in the Indian community) who barely spoke a word of English. He struggled to say that when he and his family moved over a year earlier, they couldn't manage, but were too proud to ask for help. Mrs. Mall somehow found out about their difficulties, and took them under her wing. She helped to sort out their problems in such a way as to not cause offense, and got them started off in England. He finished off by saying that he intended to live his life as she lived hers, and that while anybody remembered her, her memory (and all her good deeds) would live on.

Celebrate Jo's life, and all the good she has done. It won't ease the pain, but it helps to numb it for a while.
Top

Many years ago...... I used to go one with a girl who was on dialasis 3 times a week, in fact it got to point that she actually had a home dialasis unit, Sadly she die some years ago at the age of 27, she said to me one day "If I wake up in the morning, it's a good day, if I don't.........well then I've missed nothing"

Linda died after having had 3 kidney transplants, the doctors said if she hadn't she wouldn't have lived to see 10, is organ donation worth it, HELL YES !!

I urge everybody to donation, I understand there are fears and in some cases even beliefs, but anything you can donate is a blessing to somebody............. it may not cure them, BUT it could well lessen the pain that people have to go through...

Andy, my thoughts are with your whole family at this very sad time.
Top

Hell Razor5543 wrote:Xac, I know that nothing I or anybody else can say will ease the pain you and your family are feeling right now.

It does help, it really really does.
Each word of condolence, each message of support makes the next hour/day slightly easier to get through.
As a sister, Jo was somewhat of a brat often going out of her way to cause me pain, but as a friend to others, she was very much loved.
The crematorium can hold 80, and I expect that to be nearly full with her friends on the day.

I'm home safe now with Danielle who's been so supportive, thank you all for your kind words, as I said, they truly do help lessen the pain.
Top

What a tragic shock for you and yours. As someone who has recently suffered bereavement, I know what you must be going through. My sincere condolences.
Top

Xac, allow me to add my condolences to those already offered. I hope that time eases your grief and allows the memories of happier times with your sister to shine through.

May I echo all of the above comments. Tragic.
Top
Messages: 25