Renault/Dacia didn't have a great time at the Euro NCAP tests with the Zoe and the Spring. Browser translate tells the story, One of them got 1 Star, the other Zero Stars.

There was a feature on that on our local news. Dacias response was along the lines of - 'We don't chase NCAP stars and our customers don't want all the extra gizmos and features fitted to gain them. If they want that, they can buy a more expensive car'. Can't argue with that

Yes. Apparently the Zoe has had some head airbags or other deleted from the build and Renault say that the new tests are radically different from the originals that the first Zoes were designed for.
Top

If you look at the full frontal head on collision and look then at the rear roof, you will see it is deforming. NOT GOOD!
It means the rear of the car is trying to twist upwards under the impact at the front.
Top

And, before anyone thinks I am decrying Zoes, a lot of "Light accident" frontal cars have kinked roofs. I have seen enough of them in my bodyshop days.

When I was repairing some of these I pulled the bodyshell front and rear with the floor pan supported "up" in the middle to "encourage" the kinks to come out on their own. It only fully worked on it's own on a few occasions but while the shell was strained you can dolly/persuade the panels flat. I often worried about the shells that pulled their own kinks out, but the Insurers said repair them so we did.
Top

Even in the new tests the The Fiat 500E gets 4 Stars. Brave of Renault Dacia to put the cars in for the test probably knowing of the likely failures, 1 star and 0 Star does, whatever the explanation, nothing for their marketing. Stellantis presented their Fiat 500E for a test and got 4 stars. Skoda's Fabia (ICE) got 5 stars. An open goal if other competitors have any sort of ruthless edge about them.

Permit me to be sarcastic. "Superb looking car, and an obvious best seller for Nissan at those price points"


'A Force of Wonder', now closer than ever: Nissan GB opens UK pre-orders of the all-electric Nissan Ariya crossover 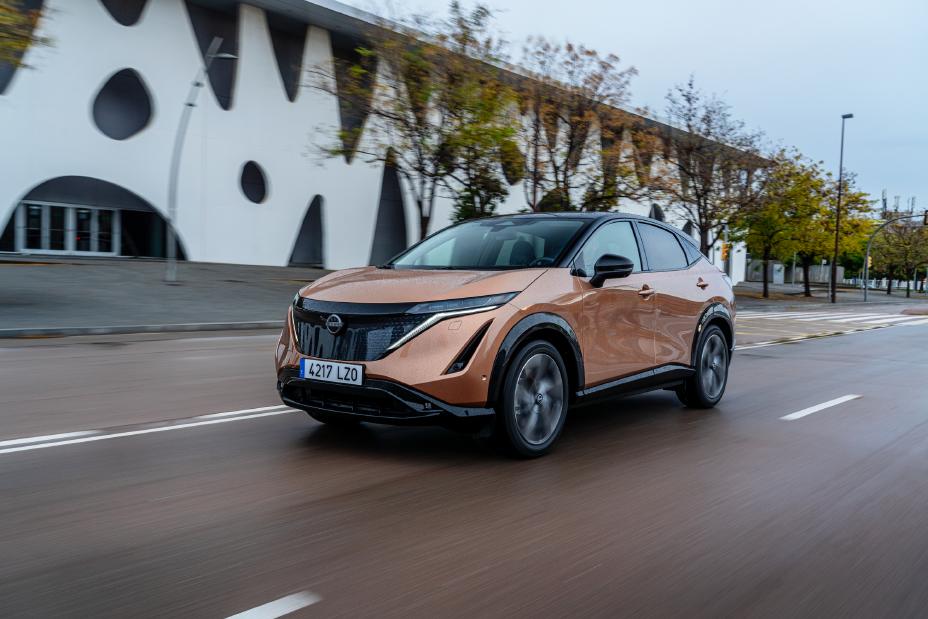 I think BMW have excelled even their own immense talent for creating the horrific:

Saw its little, cheaper but still over £60,000 sibling the other day in Kelso.

Did you see the report about the cops trialling a Tesla for their patrol cars, that'll put BMW's nose out of joint.
https://www.msn.com/en-gb/cars/news/tes ... uxbndlbing
Top


With immediate effect, the subsidies for new electric vehicles have been cut.

Evidence that the price of new EV's is artificially high

and a bit of real competition for market share between manufacturers will eventually have a few breaking ranks and driving the price down, leaving others with no choice but to follow.


Vauxhall reduces pricing for Corsa-e and Mokka-e by £3,000

Paul Willcox, Managing Director, Vauxhall, said: “Vauxhall wants to move the UK to electric motoring as quickly as possible, which is why we have committed to being an electric-only brand from 2028.

“In light of a further evolution to the Government Plug-in Car Grant, we have taken the decision to change our pricing policy on our all-electric Corsa-e and Mokka-e models

A microlino update. Still crawling along at a snail's pace getting it to market, and meanwhile in a similar corner of the market, the Citroen Ami light quadricycle is already there and creating a buzz. The microlino is a "proper" car though, not a quadricycle. Seems it is a heavy quadricycle (L7e)...no restriction on speed although it does 56mph. Maybe the production vehicles were designed to drop into that category.

NewcastleFalcon wrote: ↑
27 May 2021, 11:33
Have to say, in spite of its retro cuteness, I am not that impressed with this. It has been painfully slow in its development, and after a year since the last release of a launch video we have a 29 second vid released on youtube by the company of a totally unimpressive "drive" out of a car park.

correction It's in "proper car" as opposed to quadricyle territory but not by that much. The Microlino is a Heavy Quadricycle (L7e) , hits 56mph and purported range of 124 miles, and its expensive (€12,000) for what it is. Clearly they want to hit a niche young "cool market", and its picked up in the electric centric media. Obviously I'm not the target market but I'm all for a bit of variety in electric offerings. Who knows it might achieve cult status and sell millions.


With immediate effect, the subsidies for new electric vehicles have been cut.

No need for too much crying over cuts in plug-in-grant caps. Some of the competing manufacturers all of a sudden realise that a bit of a cut in price is actually possible.

So from Tuesday 11th January 2022 our friends at Stellantis...are doing this

...in line with Citroën UK’s principal of ‘Fair Pricing’ – there will be reductions to the manufacturer’s recommended retail prices (MRRP) of the e-Berlingo Electric and e-SpaceTourer Electric ranges, effective from Tuesday, January 11.

"Citroen has announced - with Immediate effect - that petrol or diesel passenger versions of Berlingo and SpaceTourer models will no longer be available in the UK.

Instead, only the e-Berlingo Electric and e-SpaceTourer Electric will be available as Citroen shifts its offer in these two segments towards battery power.