Dedicated to owners of Citroen GS and GSA models.

Rightio, picked up an '82 GSA Pallas, as usual, there are things to sort out - any input would be appreciated.

1. Smells of fuel when sitting in the garage (yesterday was particularly bad, after getting stuck in the traffic for an hour - it had slight dieseling when I shut it off).
I can also smell a bit of fuel inside the cabin. Any ideas?

3. One of the owners before previous one, sealed the sunroof from outside with some sort of sealant - it's discoloured now, so needs addressing either way.

Any pictures yet?
Top

i'll get some up when i take it out of the garage. might not be for a while as i'm going to be away for a couple of weeks - i hope to get the petrol fume issue sorted before going away though - i'd rather not have to come back to house full of petrol fume!
Top

Straight off the cuff - apart from checking carb float efficiency and level, along with fuel lines - check the fuel filler pipe and vent pipe for perishing. "Dieseling" - running on? Overheating engine, check plugs for white deposits - and timing. Could also indicate valve seating issues. Clonks in the clutch - check actuating mechanism. Could be a worn fork or thrust bearing. Clutch slipping - oil, but from where? Rear crankshaft seal or gearbox - or both? Or maybe it's just plain worn out.

Sounds like it might need hauling out for a good look at. Prior to, a compression and leak down test will determine the state of valves and rings.
Top

Stonehopper wrote:Straight off the cuff - apart from checking carb float efficiency and level, along with fuel lines - check the fuel filler pipe and vent pipe for perishing. "Dieseling" - running on? Overheating engine, check plugs for white deposits - and timing. Could also indicate valve seating issues. Clonks in the clutch - check actuating mechanism. Could be a worn fork or thrust bearing. Clutch slipping - oil, but from where? Rear crankshaft seal or gearbox - or both? Or maybe it's just plain worn out.

Sounds like it might need hauling out for a good look at. Prior to, a compression and leak down test will determine the state of valves and rings.

hey thanks for the feedback.
typo re: clonks by the way - i meant to say it clonks if i dont clutch in/out gradually.
i'll have to drive a bit more to get better ideas, the engine might have been running hot, it was pretty bad traffic so that might have something to do with it (although i guess it should be able to handle stop-start traffic).
i suppose a good tune up would be a good start as it wasn't used all that much over the past decade. (around a couple of thousand km's a year, if the odometer is to be believed)
cheers
Top

I haven't done anything yet but petrol smell subsided - a win! (not really

)
Anyway what us the best workshop manual to use? The car came with GS Autobook (It should be a good reference but there might be some difference I guess) and I looked at Haynes GSA at the local library but what can I say, its typically Haynes...
Are there factory manuals?
cheers

Alright - got some photos, a couple of exterior and a few interior & engine bay shots. 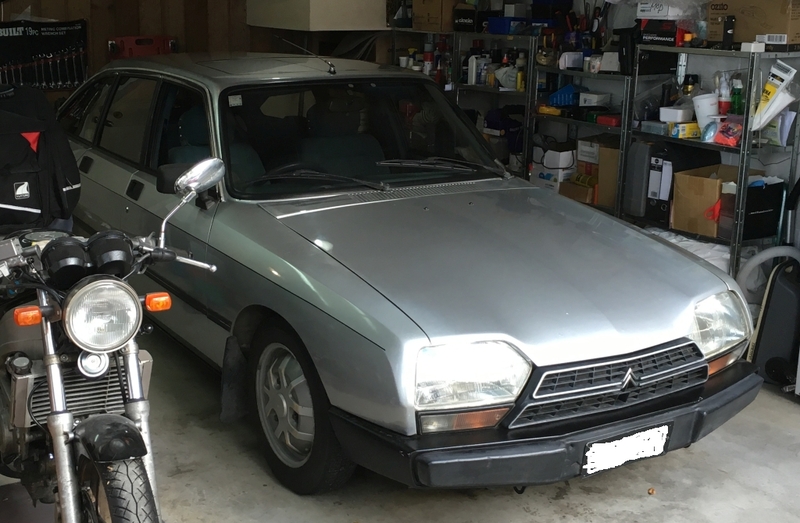 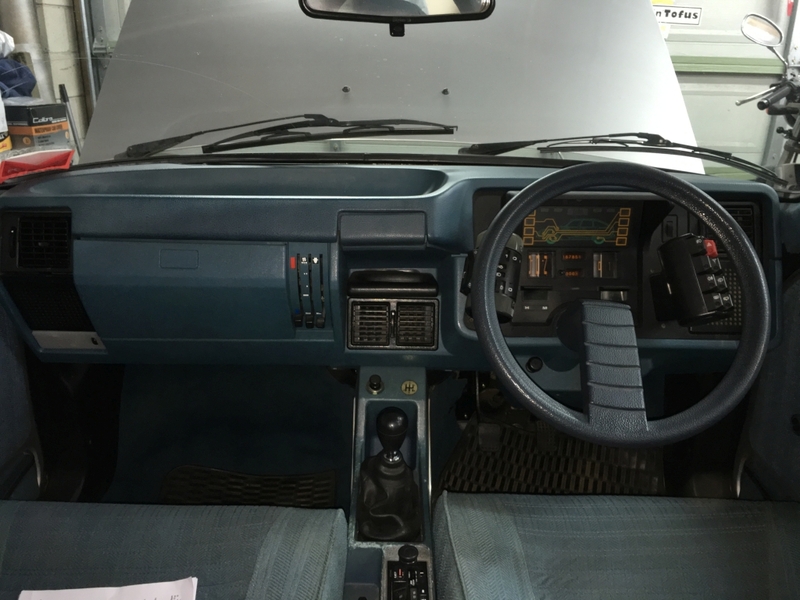 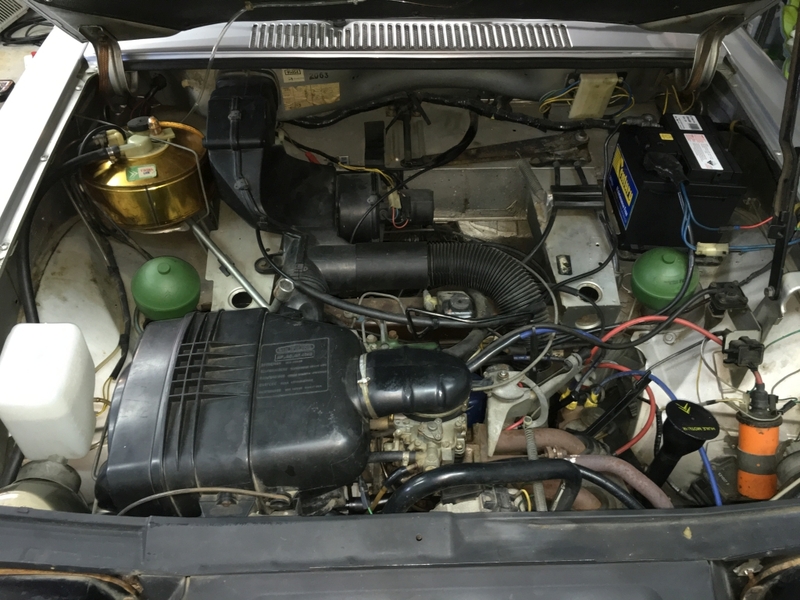 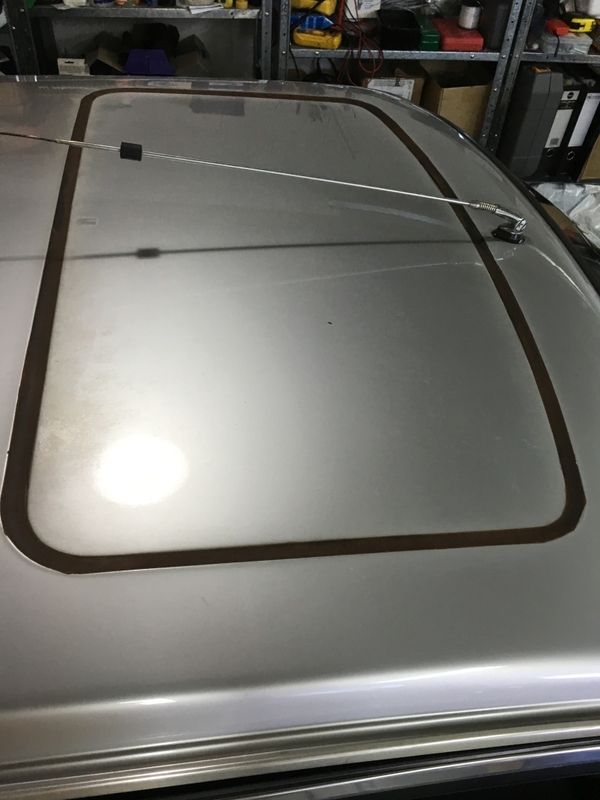 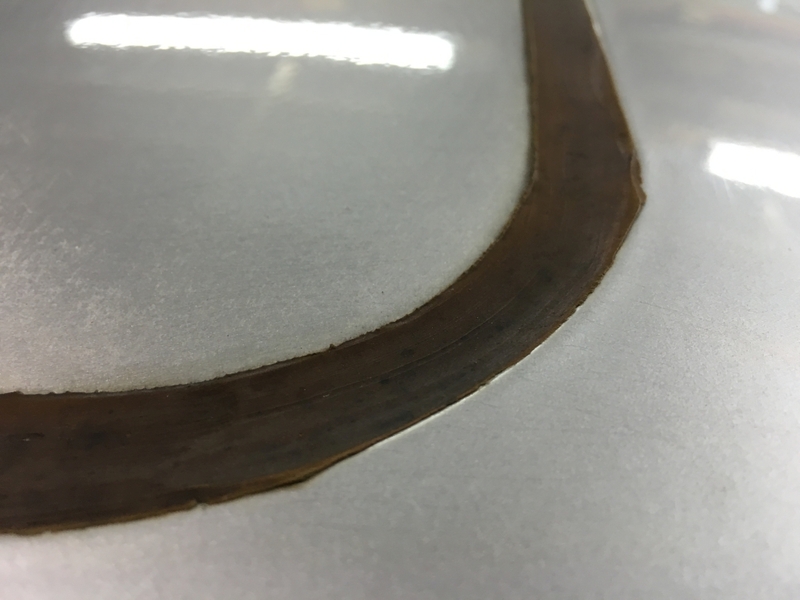 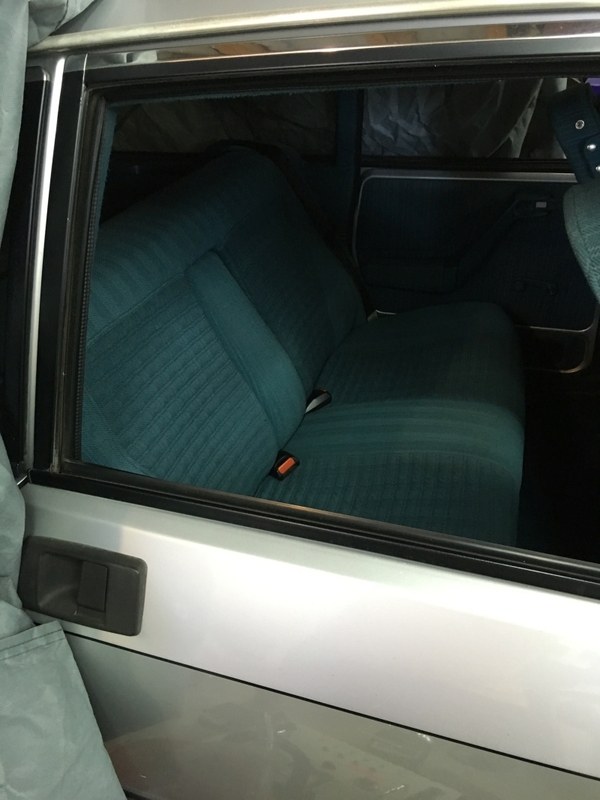 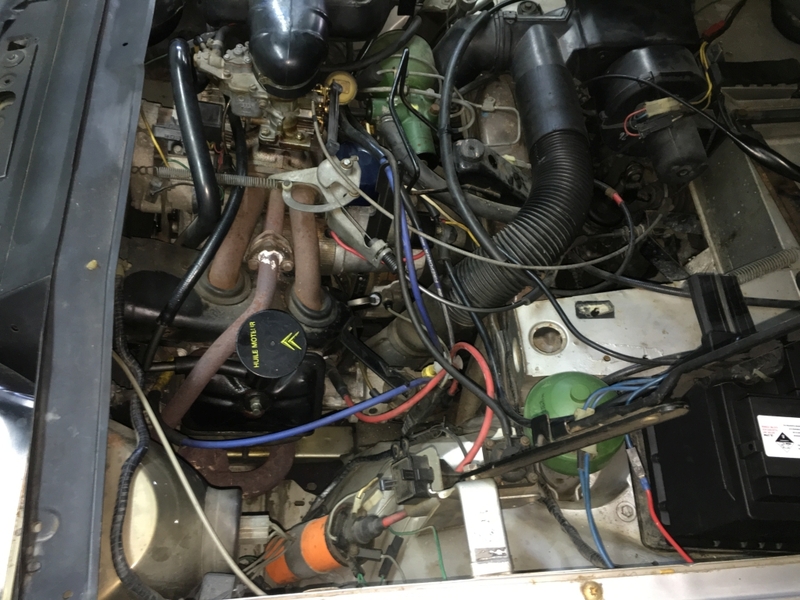 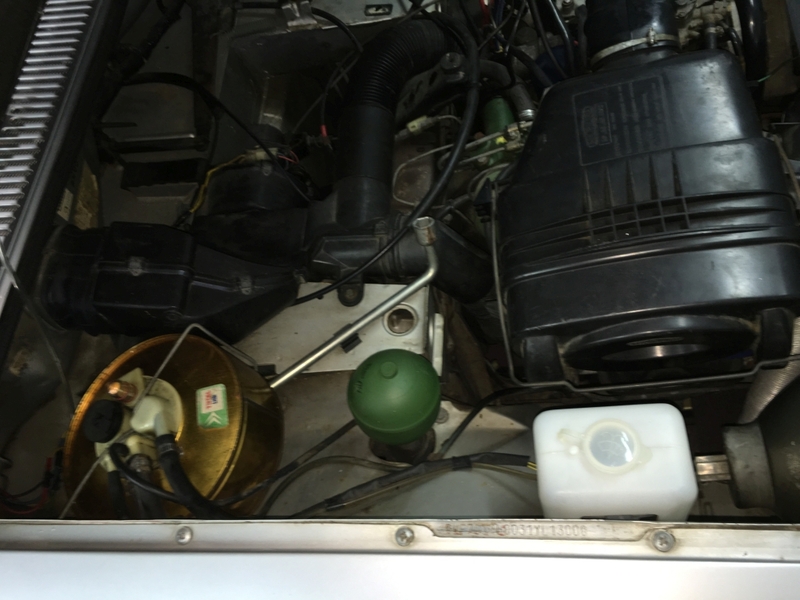 Wow! that looks lovely and very smart in silver

What's the bike in the first picture?
Top

Thanks Jim - the body seems pretty tidy (so is the interior) except a few spots touch up painted (the nail polish type brush job) and rust at FL door sill and bottom corner of hatch glass. Hopefully it will work out well as a tidy practical daily vehicle once I have the problems sorted.
The bike is '89 Honda Spada, 250cc V twin, similar to '80's VT250 (minus fairing) and '90's VTR250.
Still on learner's licence and haven't had much time to ride... looks like I'd have even less time to ride with the GS to be sorted

There are, however a few worrying signs - the battery was not secured with a clamp. PO said it never had one. Funny thing was that about an inch aft of the clamp stud (ok, I'm assuming it is the battery clamp stud), a matching nut was just sitting there!
And PO attributed the clutch clonk as just a sign of an old car... It's not even 40 years old yet...
I haven't started taking things apart willy nilly just yet before establishing parts availability amongst other things (I'm finally learning

From what I remember, "running on" or "dieseling" was a relatively common problem on worn high mileage GS's... one of ours, a 1974 1220c with over 180k miles on it used to do it badly enough that when hot it would try to keep running for up to 10 seconds after the key was turned off! (We'd deliberately let the clutch out in gear to stall it after turning the key off though as its not good to let it keep dieselling) Despite that it ran fine when running.

According to my Dad the problem was caused by carbon build up in the combustion chambers and head causing both a rise in compression ratio, and carbon hot spots that would ignite the fuel when compressed without a spark. The carbon would be glowing red hot after a long run and would keep igniting without a spark...

I think Citroen realised this was a problem as the later GS's added a fuel cutoff solenoid to the carburettor to make running on impossible as the key now cut both spark and fuel instead of just spark. My 1977 G Special had the cutoff solenoid and never had any issues with running on despite also being very high mileage.

So unless you're taking the engine apart for an overhaul and de-carbon I don't think there's an easy solution to the running on, other than swapping the carburettor for a later model that has the cutoff solenoid!

Edit: if your carburettor has the solenoid and still runs on it might be possible that the solenoid is faulty. Check to see if you have a wire connected to a solenoid on the carburettor - if you do, it should stall the engine as soon as you disconnect it.
Top

My '75 GS with Weber has a solenoid cut off valve, but can still run on if the timing is too far retarded. I understand the effects of carbon build up glowing and igniting fuel, but this engine has had heads and barrels off, valves lapped and new rings. Moreover, such running-on was more common with older oils, though nowadays there are problems with ethanol content (though with different effects). But after a new set of points (cassette SEV) were fitted, I had an ongoing battle to get the timing right. Looks like the fibre heel was (is?) wearing too rapidly. Since my last session with strobe and dwell meter it seems to have settled down - touch wood. I do have a full blown electronic set on the sideline for installation, I guess that's the next project. Off to Scotland with her this weekend.
Top

defective solenoid was the cause of dieseling.
petrol smell both inside and outside still persists - not sure if its a carburated aircooled car thing or not...

There should not be a smell of petrol. Check all the fuel lines and the fuel pump carefully before you have a fire.

Regarding smelling it inside - remember that the heater simply brings the engine cooling air that has passed through the air ducting across the engine cylinders into the cabin - so any smells in the engine like burning oil will be smelt in the car if the heater is on!

So the source of the smell is still probably the engine bay even though you can smell it in the cabin.
Top

What about the handbrake lever hole - that could be where fume may be coming through?
By the way, does anyone have factory manual? if so, are they much better than Haynes?
Top
Messages: 50