For who wants to be a millionairre watchers, Jimmy Carr should have studied POTD before he went on.

Taking a non-blurry picture from a moving train at precisely the right moment I mean!

If you have travelled the East Coast main line through Lincolnshire you will have passed it, but probably not seen it.

Steaming into the record books 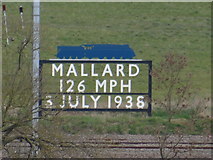 © Copyright Ian Paterson and
licensed for reuse under this Creative Commons Licence.[]
]ep[][p[e87

Durham's Wharton Park is in my estimation the finest place on planet earth for watching trains. I am biased of course filled with nostalgic memories of hot summer days in the early sixties when I was a boy. High above the city with its own little mock castle viewpoint, the magnificent castle and cathedral in the background and a tremendous viaduct to allow the locomotives to make their dramatic entrance to the scene.

..and yes, the greatest excitement of all was the sight of a "Streamliner" thundering through.

When in Lancashire (historic County)

Bricks have been manufactured at the Huncoat site near Accrington since 1887. They are made from fire clay and are so strong and durable that they become known in the trade as iron bricks. At one time the works chimney had the letters IRON painted vertically on it with the N at the top, prompting locals to call it the NORI brick factory.

Red Nori bricks were used in the foundations of the Blackpool Tower and the Empire State Building in New York as well as in thousands of houses, factories and schools throughout northern England.

Shawforth by Rochdale. Shawforth Brickworks, Rochdale was next to the railway station & it went into liquidation on 15th August 1910.

I had to drive to Cheltenham this morning. As the weather was clear my camera got a bit of work done.

Plenty of mistletoe for Christmas!

Distant Cheltenham in the early morning.

Autumn is fading into winter and the trees are losing their profusion of old leaves.

leaving the bare trees, and a carpet for the woodland floor,

Halved some rather insipid baby plum tomatoes and was going to ovenerizate them for half an hour.

Except forgot them for two hours.

They aren't just standing there, they are 'dancing' - running on the spot.
I have heard of this but not seen it before, they drum on the ground with their feet and worms come up to see what is going on. Seemed to work quite well. Loads of worm casts there - mushrooms too.
Top

Tan Hill Inn in the news today. Cut off for 3 days, nice picturesque snowy scenes, those "marooned" seemed to survive the 3 day lock in pretty well!

So couple of pics from the FCF archives, of Tan Hill, no snow though, so dont make the snow good! thread.

and this excellent image from Citroenmad 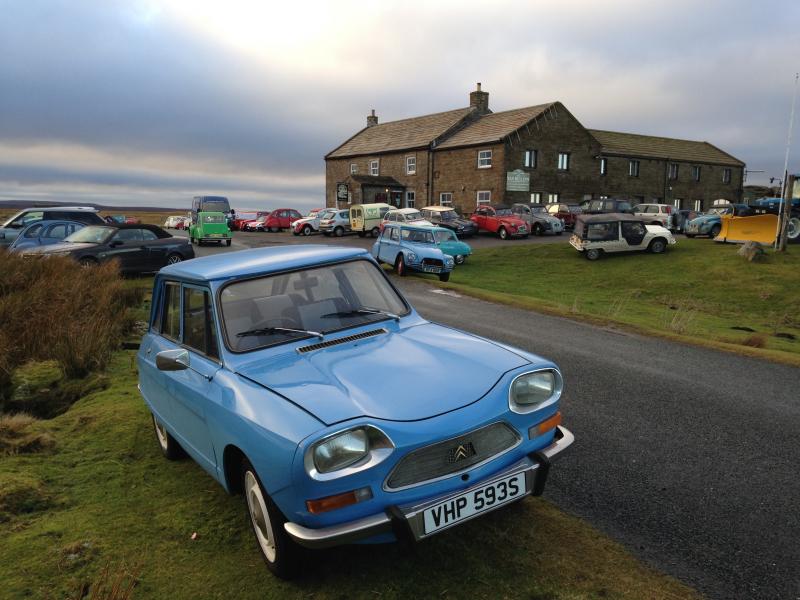 I just spent 93 minutes orbiting the earth!! You can to if you want just go to:

and two FCF threads covered with this pic, as well as I-spy a holiday home.